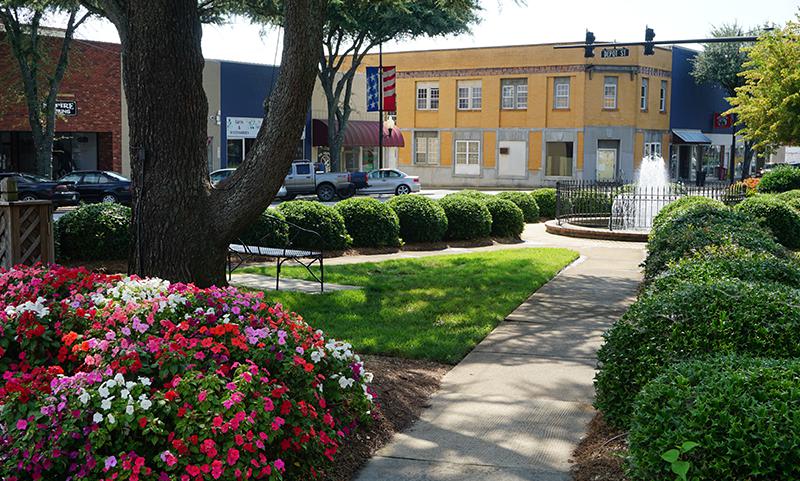 What is now Forest City began as a crossroads on the Shelby-Rutherfordton and Spartanburg-Lincolnton Roads. Originally, the town was incorporated as Burnt Chimney in 1877. A replica near the site of the original chimney adorns the public square today. The "chimney" was the remains of the McArthur home that marked the crossroads.

The name was changed to Forest City in 1887, named after a prominent citizen, Forest Davis. The 1880 census counted 110 residents in the small crossroads town. By 1890, 419 people lived in Forest City - the increase was primarily due to the coming of the railroad and the building of the Florence Mill. By 1910, Forest City was a flourishing community with 1,090 residents with electric lights and water and 12 passenger trains daily.

In 1914, the Forest City Betterment Club embarked on a project to beautify the town's Main Street and today the original landscaped medians and fountain still exist. In 1927, the town was selected as one of the ten most beautiful and best planned towns in the United States by the US Department of Agriculture. By 1940, Forest City had 4,068 residents and had established itself as the commercial hub of the county. 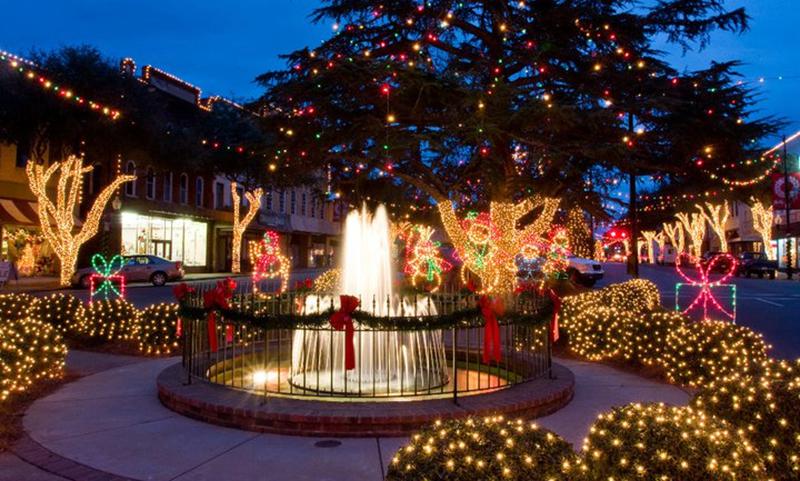 Today, the population of Forest City is approximately 7,404. The town remains the commercial hub, and the legacy of "community betterment" can still be seen in the pride the town and its residents take in keeping Forest City a beautiful and livable community.

Forest City is located six miles east of Rutherfordton, the county seat, and is situated in the foothills of the Blue Ridge and Smoky Mountains of North Carolina. The town is interconnected by three US highways, 74, 221, 64, and one state highway 108. Forest City is only 15 minutes away from the Tryon International Equestrian Center.