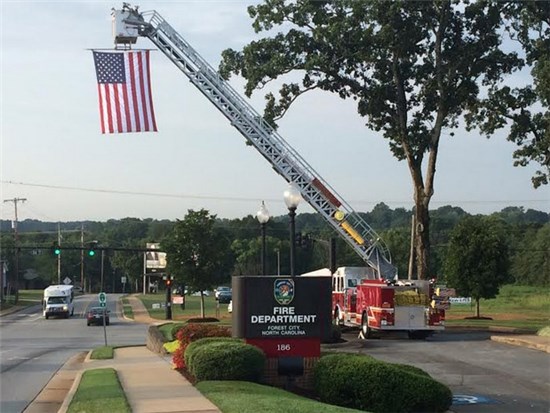 Forest City Fire Rescue holds an annual observance to remember the injured and those whom lost their life in the line-of-duty during the terrorist attacks on September 11th, 2001. Members of the community are encouraged to attend the special ceremony each year. Chief Mark McCurry opens the ceremony that is followed with the posting of colors by the Rutherford County Honor Guard and the invocation by Chaplain Jerry Ruppe. The Thomas Jefferson Classical Academy Choir usually performs and then a guest speaker will discuss their service and experiences. Before the tolling of the bell by the Honor Guard, there will be other speakers and demonstrations presented to the public. Please stop by our department and enjoy our ceremony of honoring the heroes we lost on 9/11/2001.

Tolling of the Bell 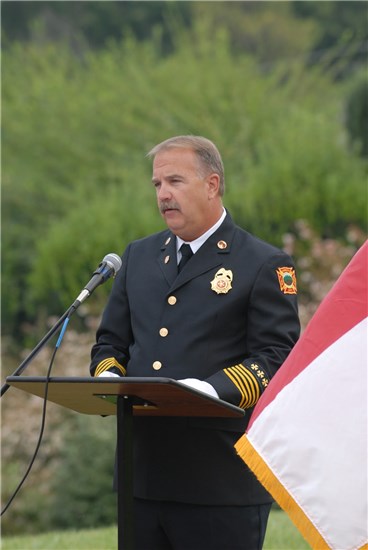 Long before telephones and radios, fire departments used the telegraph to communicate. When the handle was pulled on the once-familiar red fire alarm boxes found on nearly every street corner of America, a special code was transmitted to every fire station. When a firefighter died in the line of duty, the fire alarm office would tap out a special signal. That signal was five measured dashes, then a pulse, then five measured dashes, and another pause...then five more dashes.

This became universally known as the Tolling of the Bell and was broadcast over all telegraph fire alarm circuits.